Getting involved with the Surf Club and Team

The Surf Club and Team is open to students of all skill levels, which are eager to improve their surfing abilities; as well as, compete in a laid-back contest setting.

The more involvement the Surf Club and Team have from students and parents, the stronger the program will become.

Students can actively be involved by taking a position within the club as an officer. They are given the opportunity to help organize and plan events, as well as help us recruit additional members and sponsors.

Parents can be involved by becoming chaperones or assistant coaches. There is some paperwork involved, but the more chaperones we have, the better we are able to ensure a successful program.

Surf Club
Surf Team
Contest Season:                       October through December
Practices/Contests:                   2 to 3 days a week TBD
The Team consists of the following divisions:
Team numbers are subject to change, depending on team sizes in the Seaview Surfing League. The other schools in our league include: Long Beach Wilson, Los Alamitos, Corona Del Mar, Long Beach Millikan and Orange Lutheran. 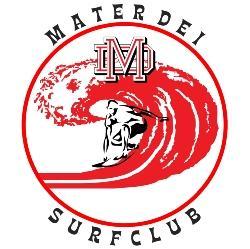